In the digital age, reality is no longer the one dimensional concept it once was perceived to be. The line between make-believe versus real is blurred. Augmented reality (AR) and virtual reality (VR) have entered the marketplace without many consumers noticing the transition nor knowing the difference between the two concepts. Whether it's through cooking or beer tasting, there are opportunities for consumers to engage with AR and VR. At Ario, we believe AR to be the more persuasive game-changer - at least for the moment. Available via mobile devices, AR is far more accessible to the general public and permeates culture effortlessly. But what exactly is the difference between AR and VR? Glad you asked.

Augmented reality is when computer-generated images are superimposed on top of the physical world. Through headsets, glasses, or mobile devices, the viewer sees fictional objects enhancing their non-fictional environment.

Virtual reality is when the entire environment is simulated, and there is no physical reality present. The viewer must wear a headset to be fully-immersed in an alternate world.

Both AR and VR are becoming more common across various industries. At Ario, we're using AR to make workforces smarter by providing information when and where it is needed, but who else is doing AR well? And how does VR fit in? The home improvement sector is one of many industries that has embraced the opportunities AR and VR has to offer. Not everyone has an eye for design, can visualize spaces in their head, or boasts an innate knack for do-it-yourself (DIY) projects. Instead, many have a knack for sinking further into the couch while watching HGTV or pinning home improvement projects to Pinterest boards that never realize into fruition. What’s more, perusing products on websites or watching tutorials on YouTube only gets one so far because there’s no engagement with the content whereas AR and VR provides kinesthetic learning opportunities. Let's start with the retailers Ikea and Lowe’s that cater towards DIY consumers. ‍

Although Ikea was initially slow to master online marketing and sales, they were one of the first companies to embrace Apple’s ARkit and develop an augmented reality app. Ikea Place allows consumers to position true-to-scale 3D models of furniture in their own rooms to decide whether an item fits in the space and matches existing furnishings. After scanning the floor, people can insert either pre-curated sets of decor or their personalized collections into the room.

Currently, there are 313 Ikea stores in 38 countries/territories and only 37 stores in the United States meaning several states and most cities are Ikea-less. Consumers are relegated to driving on highways for hours in vehicles large enough to carry over-sized boxes. A hurdle for many. That’s toting kids, that’s taking a day off work, that’s renting or borrowing a car, that’s spending money on travel expenses, and that’s a possible fender-bender.

Shoppers commit to the epic journey because they need to see if that couch is traffic cone orange or burnt terracotta orange. Or perhaps, they know that the dresser is this many inches, but are unable to actually visualize how much space it will take up between the bed and the armchair. Then there are the shoppers with those same exact questions, but can’t make the epic journey so never end up buying from Ikea. The drive is too far or the maze causes anxiety or the multiplicity of objects is overwhelming.

The app Ikea Place is key to note for three reasons. First, it solves the epic journey problem by bringing decor to the shoppers. Second, it’s free and easily accessible on a mobile device. And last but not least, it’s incredibly persuasive. It convinces a customer they’re making the right decision to buy or not buy the item. Error is minimized. The unknown becomes answered. Anxiety becomes placated. Time is maximized. Augmented reality is unsurprisingly convincing.

The home improvement retail chain Lowe’s has engaged AR and VR in the art of persuasion as well. Lowe’s Innovation Labs are a step behind Ikea in creating 3D product visualization using augmented reality, but has taken the lead concerning virtual reality. A few Lowe’s locations have set up Holorooms where consumers don Microsoft’s Hololens, hold a controller employing haptic technology, and learn do-it-yourself projects through interactive tutorials where steps are simulated using virtual reality. According to their study,  subjects in the virtual reality room had a whopping 36% better recall than those who watched YouTube tutorials (Source). Remarkable really.

In addition to an accelerated learning process, virtual reality education allows practice of a task without mess or waste. For instance, when mixing mortar or grout, a novice may fling it everywhere and make too much in their attempts to reach the right viscosity; an endless cycle perpetuates of pouring mix then water and more mix then water. However, when these steps and missteps are simulated in virtual reality, the mess becomes simulated. Fictitious means no cleanup. Isn’t that nice?

Lowe’s is billing the Holoroom as education. By sharing knowledge and fostering confidence, they’re placing power in the hands of consumers. Customers will buy items inside Lowe’s stores (they’re already there) to attempt tasks they would never have tried before. On one hand, Lowe’s is persuading customers to spend money. On the other hand, customers are saving money because they won’t have to hire contractors to tile their bathroom. Moreover, it can prevent customers from messing up, having to return to the store to buy more materials, and redoing a project. The “marketing through teaching” method Lowe’s is utilizing can revolutionize the industry. Companies like Lowe’s that sell products requiring a certain skill set can expand their consumer base by upskilling people outside of their target demographic and convincing them to be customers.

AR vs. VR: Which method is winning?

Although virtual reality learning tools are growing exponentially and the results are overwhelmingly positive, the overhead costs are still expensive. Lowe’s Holorooms: How To are only available in three locations when there are over 1,700 Lowe’s storefronts in the United States (Source). In general, since VR requires a headset that runs from a couple hundred dollars to thousands of dollars, a consumer must go to a VR event or buy the headset themselves. AR mainly uses mobile devices which means it’s readily available for over 500 million consumers (Source). Over 2 million people have already downloaded the app Ikea Place (Source). Three Lowe’s stores versus 500 million phones with AR capabilities. There’s a clear winner.

At Ario, we’re obviously big fans of AR since it's a core component of our app, but we see the fun and value provided in VR as well. As the digital marketplace transforms, we imagine that AR will become more and more common in everyday life helping make simple tasks like cooking to more complex tasks like fixing major equipment more intuitive. Take a look around, and we bet you’ll notice AR slide from your phone into your personal life. 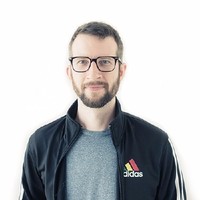 COVID19 has changed the status quo for many of us, and to do our part to make this new reality of remote working a little easier - we're offering our remote expert software, Ario Connect, free for the next 90 days. Anyone and everyone who thinks this tool might help their team run a little more smoothly is more than welcome to it. We've put together our full thoughts on this unprecedented crisis, plus a more detailed description of just what Ario Connect can do - so make sure to check it out. 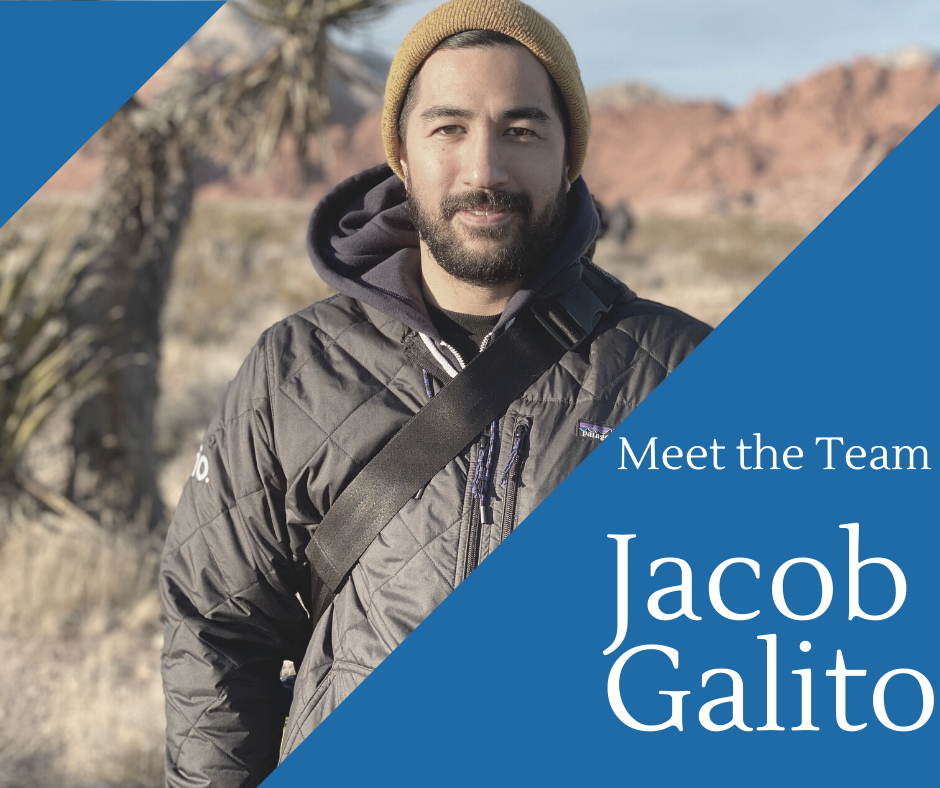 Get To Know Us! Meet Creative Director, Jacob Galito

Get to know the Ario team - starting with our 3D modeling, graphic design slaying, movie-loving Creative Director. He's answered 10 non-work-related questions, telling you more about himself than just his favorite hex code. 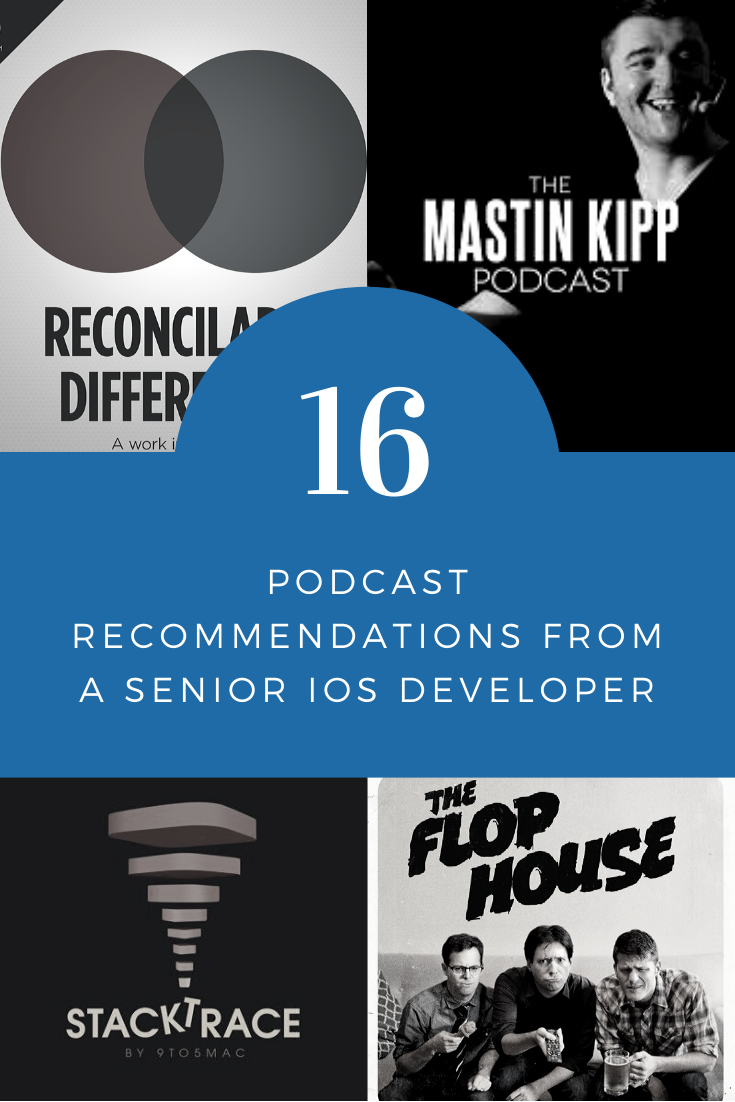 Senior iOS developer, Brett Keck, shares his favorite podcasts and dives into why he’s hooked on them. With over 4,000 episodes across the 16 podcasts with themes ranging from Star Wars to trivia to improv comedy and tech - there's certainly plenty to choose from.