This Growing Group of VR Players Will Surprise You

When you think of emerging technology, do you think of young techies buried waist-deep in gadgets or your elderly relatives in an assisted living home? AARP (American Association of Retired Persons) wants you to think about the latter, particularly when it comes to virtual reality (VR). They’re using VR to fight loneliness in seniors and relieve the harmful health effects that can come from spending too much time alone.

Move over millennials, AARP has its own tech innovation lab that has developed Alcove, an application in VR that allows seniors to reconnect with family, memories and their old adventurous selves. AARP has also partnered with the tech startup Rendever to create these experiences. We will spotlight Alcove and Rendever, but with all this VR talk, we also wonder when and how companies will use augmented reality (AR) for seniors. But first, let’s back up and talk about the problem we’re trying to solve: loneliness.

Is loneliness really that bad? Yes. Rendever claims that “more than 50% of senior living residents will experience depression or isolation during their stay, making loneliness among seniors a modern mental health epidemic.” But it’s just an emotion, right? It can’t hurt the body and brain? Wrong. It’s shockingly bad for both your mental and physical health.

The Campaign to End Loneliness says that the physical health “effect of loneliness and isolation on mortality is comparable to the impact of well-known risk factors such as obesity and has a similar influence as cigarette smoking.” Concerning mental health, the campaign claims that “loneliness and low social interaction are predictive of suicide in older age.”

The data doesn’t look good on loneliness, but AARP—not just a lobbying group or a magazine—develops tools “to empower people to choose how they live as they age” and leave loneliness with the past.

A closer look at Alcove and Rendever

Earlier this year at CES, we saw AARP exhibit both Alcove and Rendever. It’s great to see immersive reality being developed for all ages, because we won’t be young forever. In all seriousness though, we’re thinking about our own elderly relatives and the struggles they go through. Whether it’s living far from loved ones, inability to travel on vacation or weakening memory, these struggles can create hopelessness and increase loneliness. How do Alcove and Rendever take on the challenge?

Alcove was created by AARP Innovation Labs, a startup accelerator and think-tank for product development and design explorations. Alcove’s mission is to bring multiple generations together through virtual reality. We’re not talking video calls or picture slideshows, but totally immersive experiences to ‘hang out’ in. In Alcove’s virtual room, you can play games, explore photos, watch entertainment media, travel around the world to places you’ve never been or even go back to places you once lived or visited.

These activities are all warm and fuzzy, but Alcove goes beyond that with their health and wellness approach. They not only have exercises for developing muscle and cardio (tailored for seniors), but therapeutic exercises for restoring physical function or preventing injury. For wellness, they have meditations and an assortment of cognitive exercises for improving reasoning, memory, attention and processing time.

Anyone with their own headset like Oculus Go can download the Alcove app and get started. However, we do notice several barriers to entry. Besides headsets being expensive, they aren’t always aging friendly. Many seniors have eye-sight troubles and rely on glasses. Not all headsets can accommodate eyewear, but VR Bound does a great review describing headsets that can be worn with glasses. That said, several eye conditions like cataracts can’t always be solved with prescription eyewear so headsets might be completely useless.

Another barrier we notice might be the intimidation factor. Seniors spent most of their lives before the digital era, and operating new tech like VR might be scary or impossible for them to learn on their own. That’s why we find Rendever an interesting alternative because Rendever offers a group activity led by the staff at an assisted living facility.

Rendever is a startup that partnered with AARP. Their slogan is VR for Seniors, and they also provide experiences such as traveling around the world, playing games with family, revisiting memories and health and wellness exercises. It feels the same as Alcove, right? Not quite.

Rendever is the whole package meaning they provide everything from headsets to content, and they work directly with senior living facilities. When a facility signs up for Rendever, four headsets and a tablet are delivered to their front door with no installation required. They provide training for the onsite staff so they can guide or supervise the experience, while the seniors can still control where they're looking within that experience.

AARP and partners aren’t the only ones tapping into virtual reality in the senior living market. Several more companies have signed up, including one charity. After exploring all the options, we are favoring companies like Rendever that offer a guided experience for seniors so they have on-site help if the tech becomes overwhelming.

The Curious Case of Augmented Reality

The potential in AR for seniors

However, what about AR for seniors? Do a quick Google search, and you’ll find...nothing. It feels like a completely untested avenue. As we’ve learned, VR requires headsets which can be expensive and potentially overwhelming for seniors. However, AR can be accessed on your phone, so, what are the stats on smartphone ownership?

Maybe we have one grandparent with a smartphone, and one who refuses any kind of cellphone. That anecdotal evidence doesn’t look great. According to a 2019 Pew Study, only 40% percent of those ages 74 to 91 own a smartphone. Disheartening? Only at first glance. We are all going to get old. Around 68% of baby boomers own smartphones, and a whopping 90% of Gen Xers own smartphones. Age is coming for us.

So how can AR be useful for seniors and assisted living communities? Here are a few ideas:

We’re always brainstorming more ideas, because after Ario turns into Apple, we’ll be ready for our next project. We’re joking...you'll find us in Hawaii on a boat. That said, you can bet several of us will become members of AARP, and we love the idea of using immersive technology to prevent loneliness. 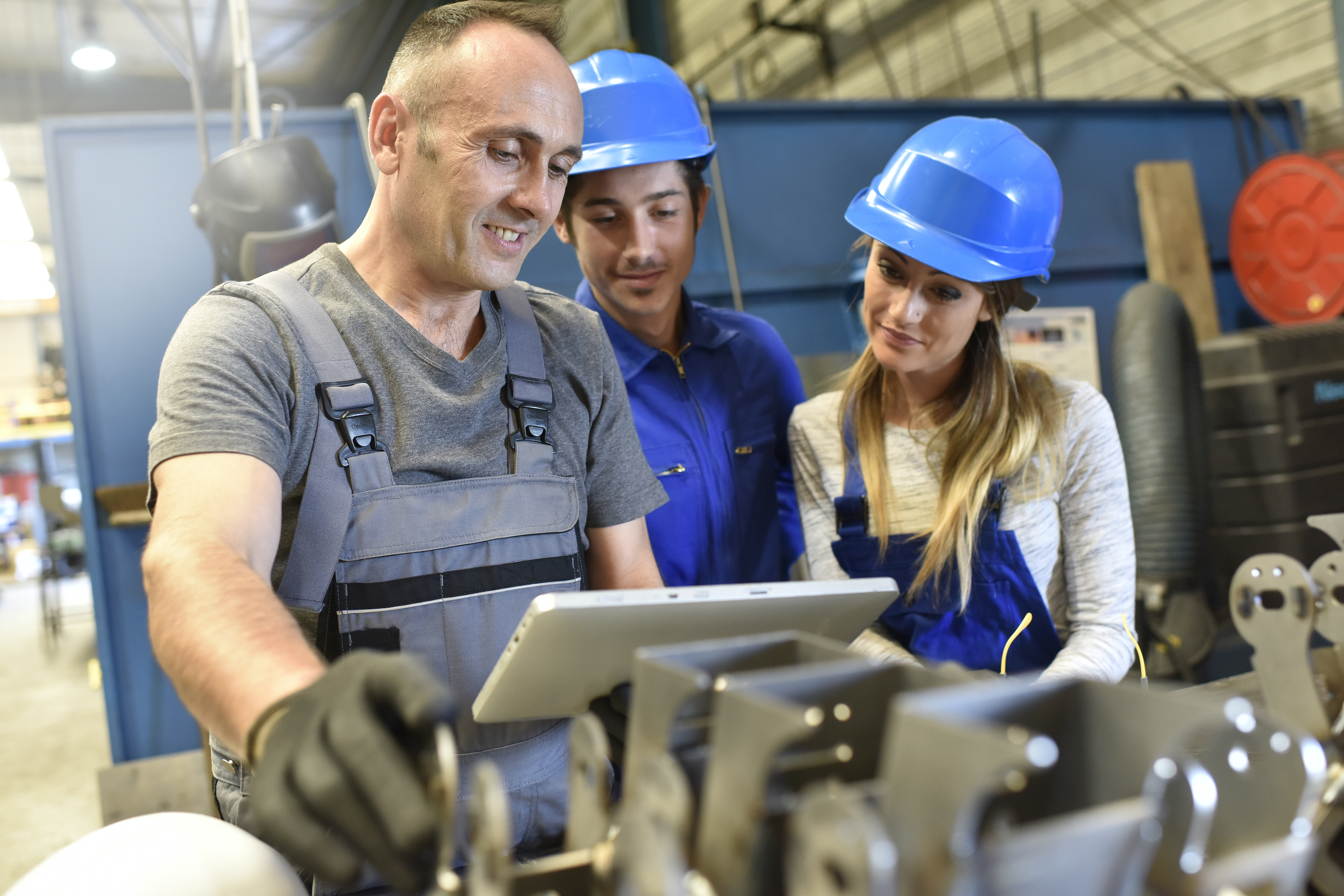 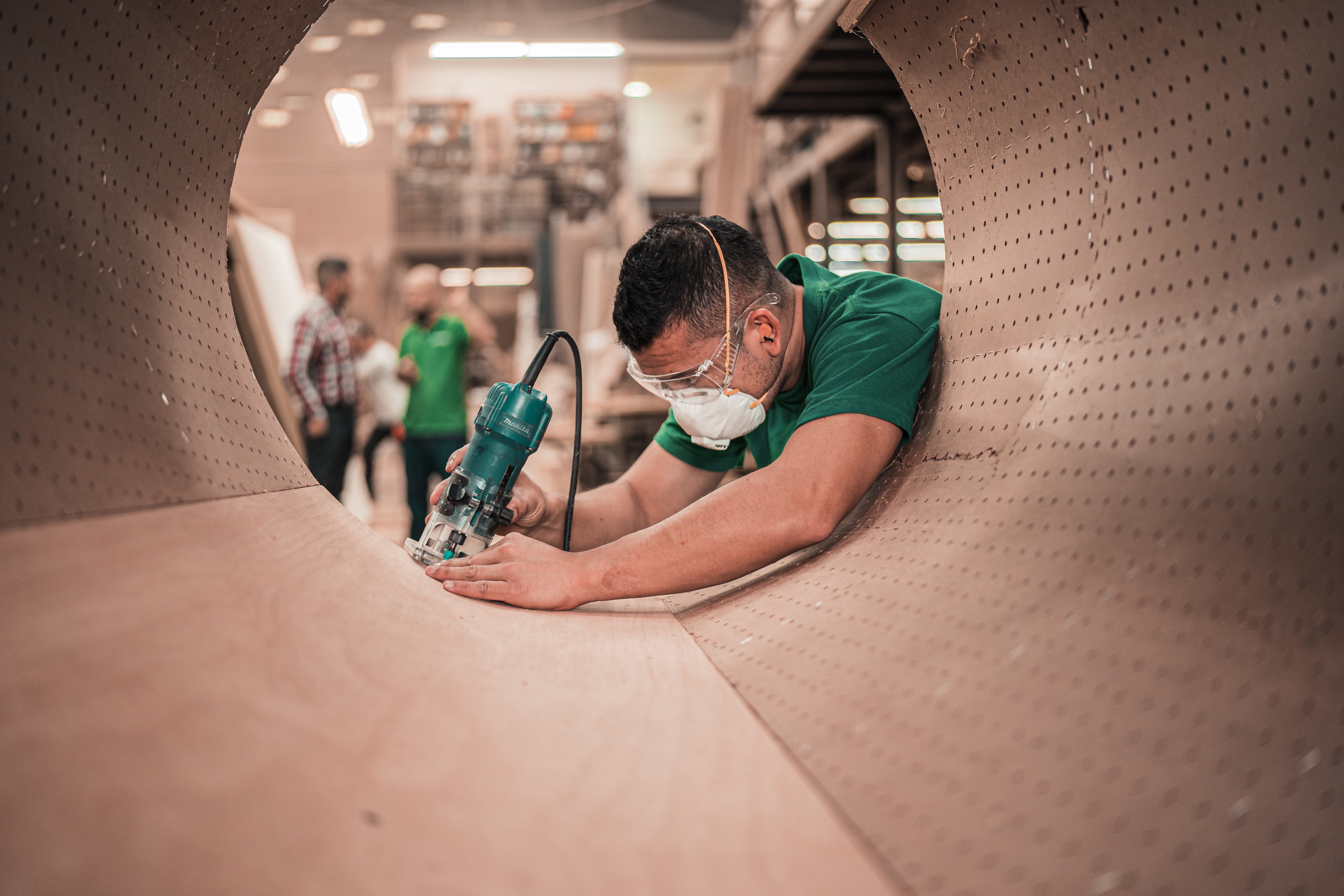 What if we told you there are thousands of workers looking for the kind of jobs you offer? They want work that’s not only reliable but offers a career path, exactly what manufacturing provides. Where can you find all these great workers? Take a look at our list of 7 unexpected types of workers you can hire to kick the labor shortage.

Monitoring equipment doesn’t have to be a headache. If your team is ready to tackle condition-based maintenance, you will need sensors, cameras and other analytical devices to predict equipment failures. Have you heard of these 8 innovative tools that you can use to collect data on your machines and cut back on downtime costs?